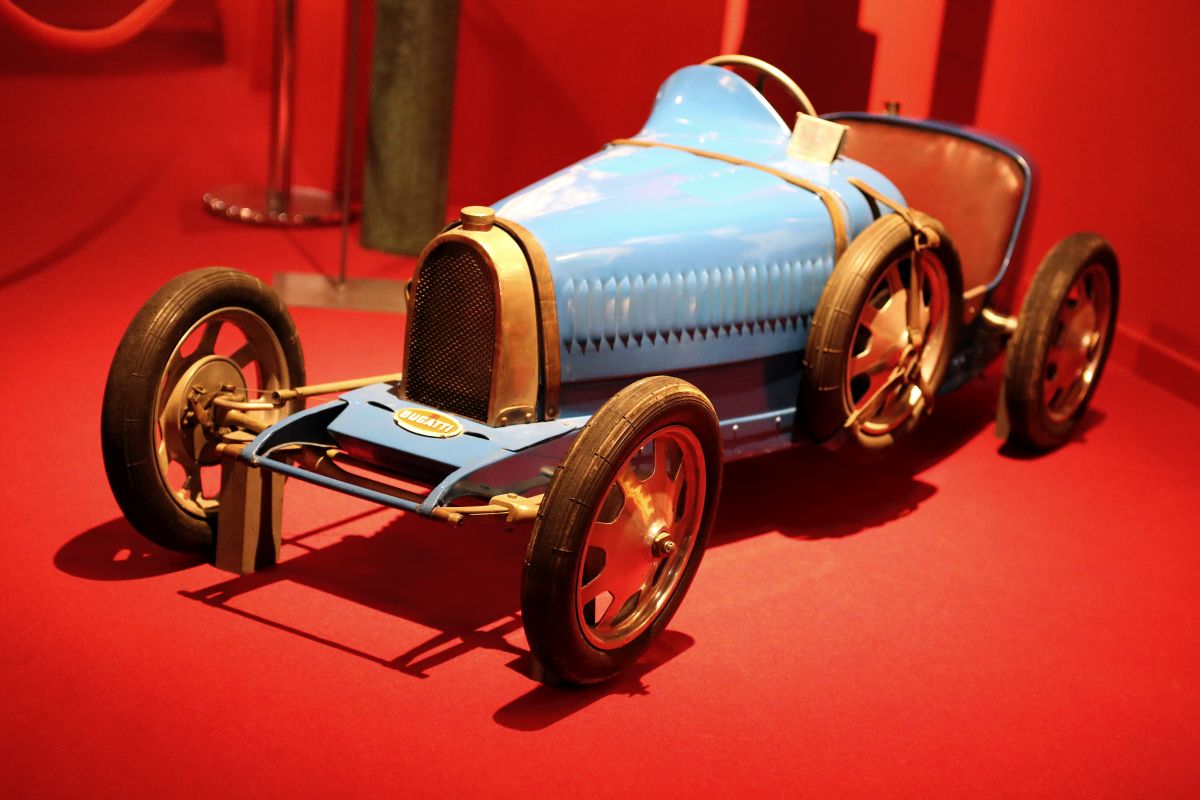 During the visit of an automobile museum Cité de l’Automobile (Mulhouse, France), I felt in love with a cycle kart immediately I saw it.

That cute and tiny “Baby Bugatti” in the corner was grabbing my attention exactly like a full size Type 35. Baby Bugatti also known as Bugatti Type 52 was built by Ettore Bugatti for his 5 years old son Roland (One exemplar can also be found in Peugeot Museum. Originally, this kart was built for son of Jean-Pierre Peugeot). Steel Grand Prix coachwork was rolling on Bugatti wheels with pneumatic Dunlop tires. About 70 kg had to be moved by 12 volt electric motor transmitting torque on the road by rear wheels. Baby Bugatti was capable of reaching about 17 km/h.

In 1927, Ettore decided to present this toy at Paris and Milan motorshows and it became so popular that over the next decade about 452 pieces were demanded. Nowadays, Baby Bugatti is very popular between collectors.

Ettore, thank you for developing this toy and making us happy even with a half size toy. 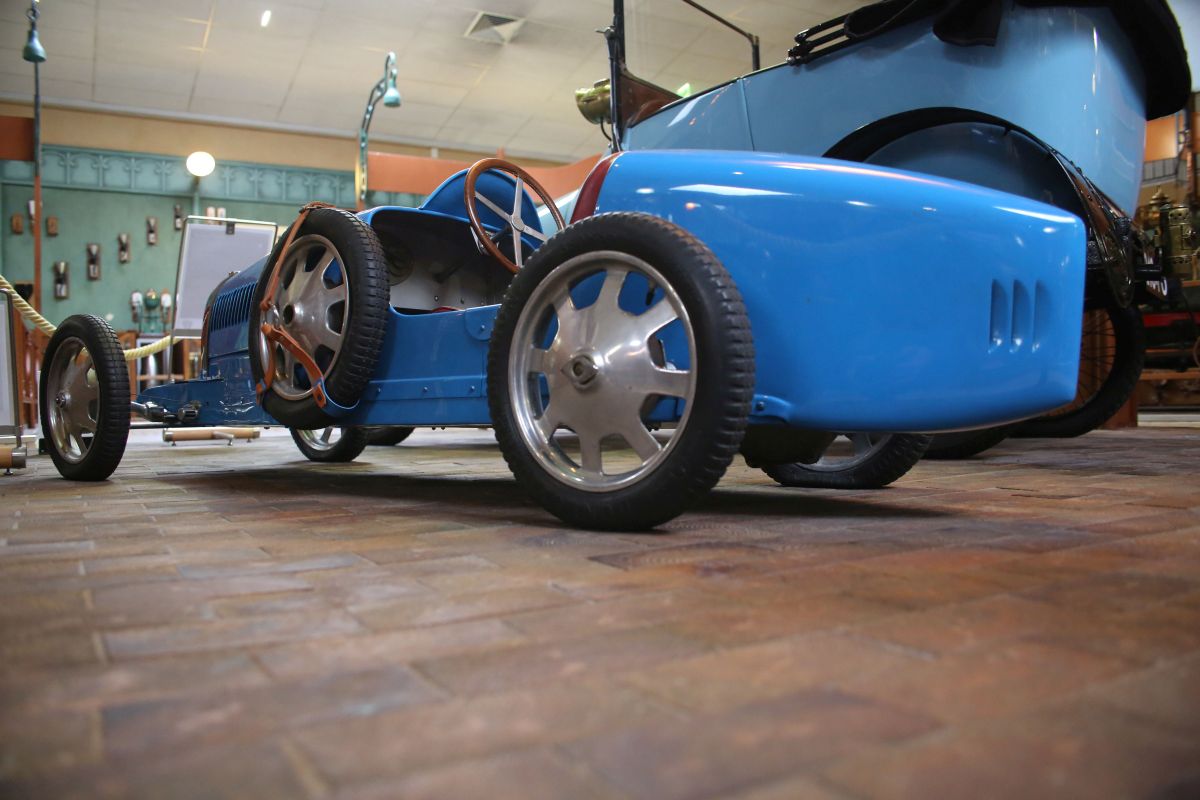 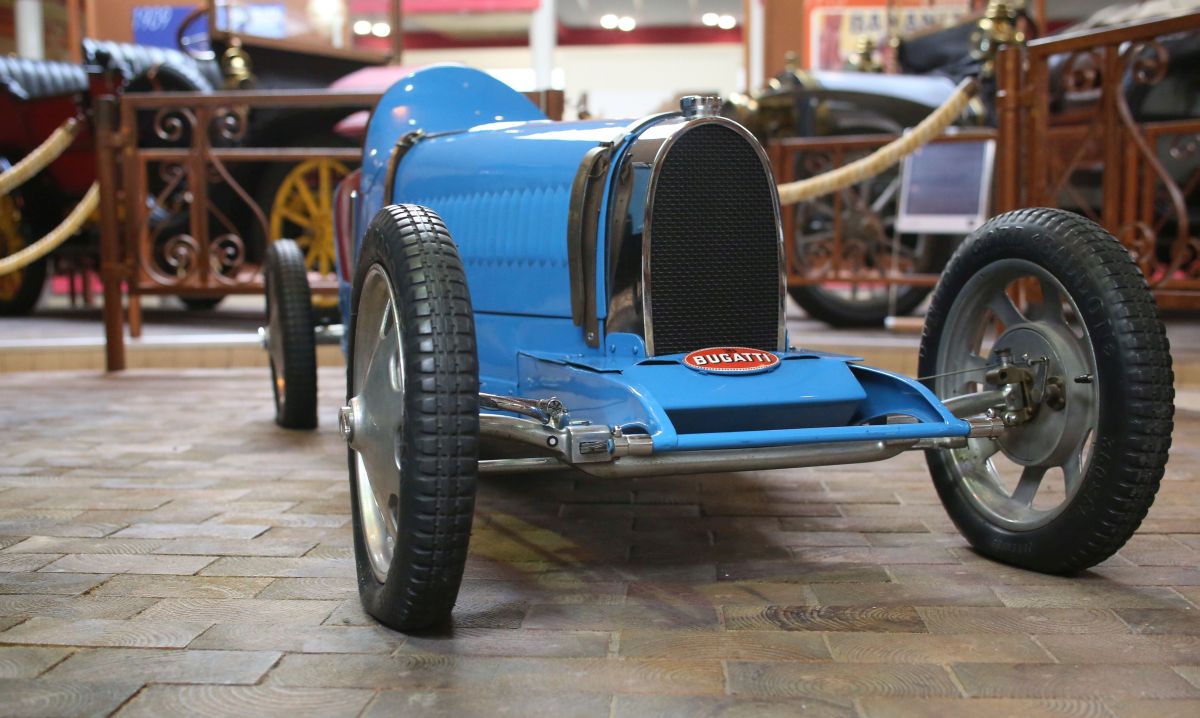 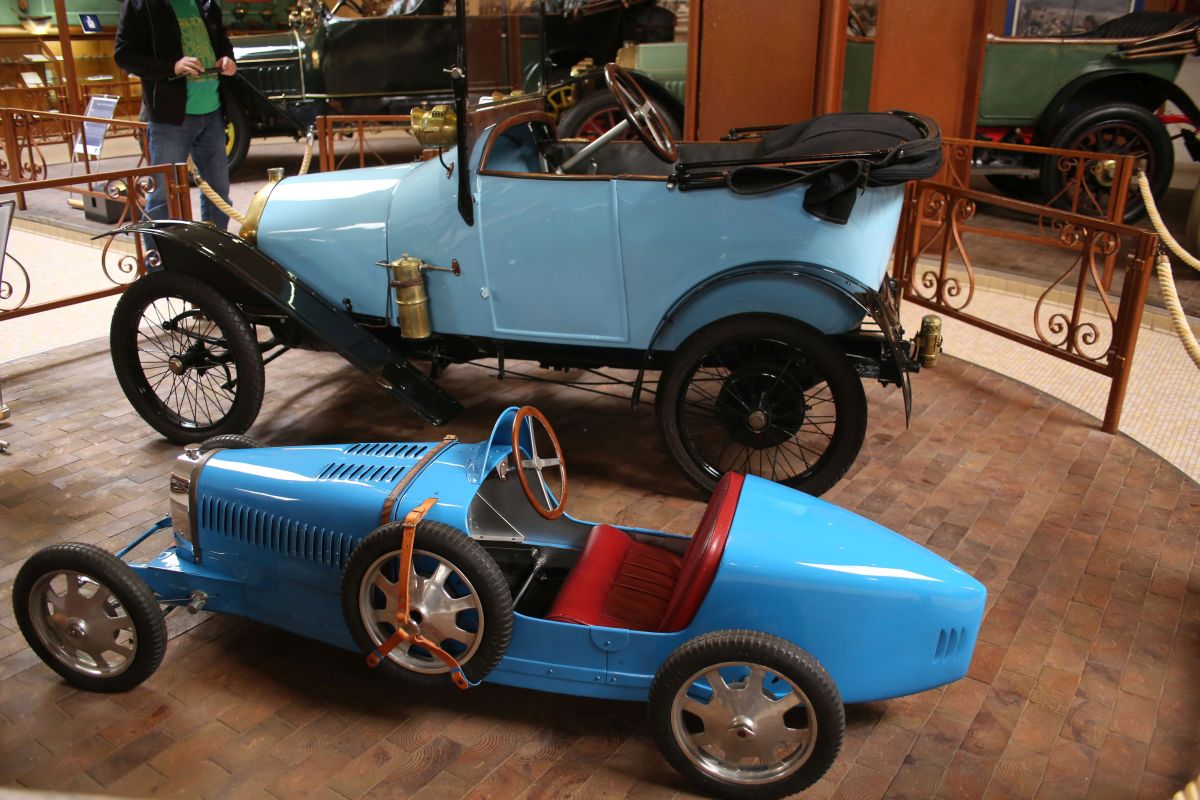