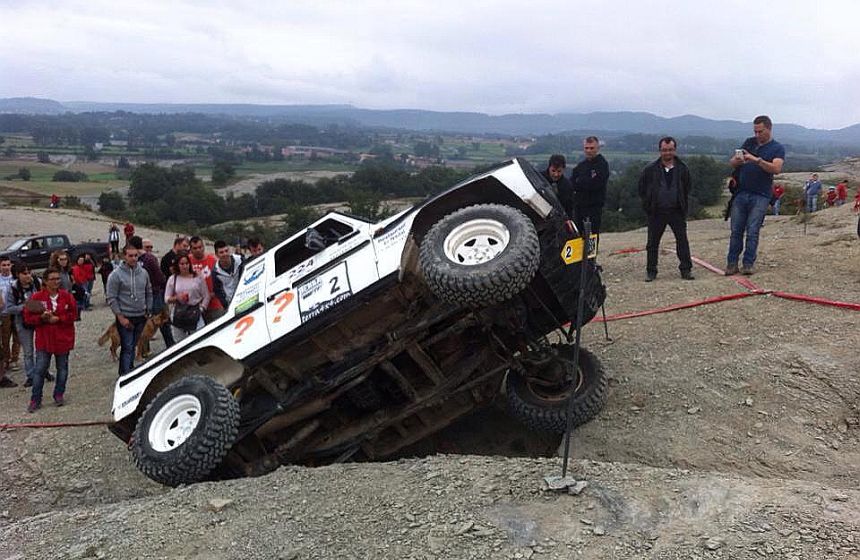 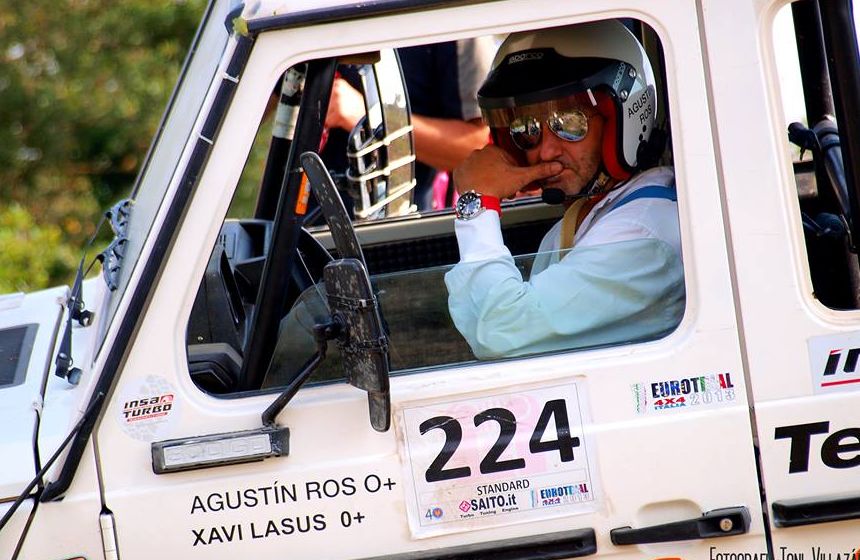 One late evening, btw drinking a beer in the garage, we were discussing here at VD that „Do you really need the latest technology to win?“

Suddenly, everyone had a thoughtful expression. Kind of a thinking Mr Bean like face. The discussion was initiated by the win of the Green T-shirt by Peter Sagan at Tour de France 2015. In the past, Peter Sagan did not need special bikes to race. The only think what he needed was a bicycle with two wheels and….and some brakes. In 1997, he even won the Slovak Cup, riding his sister´s supermarket bicycle. This is the proof that the latest technology does not win for you. You, your passion, your preparation and enthusiams are the main factors of your success.

VD knows couple of automotive enthusiasts who do not need the latest technology to win. One of them is our very good friend, Agustín Ros who is Trial 4×4 Catalunya Champion for 2014. Agustín is a very special person. This gentleman is a big offroad enthusiast and profesional at the same time.

Recently, Agustín races with an old Mercedes G300D from 1982. He bought this car in 2008 for just 1 000€ ! Before he used to drive Nissan Patrol GR Y60. The G300D is originally a short 3-door version powered by 3.0 litre 5 cylinder engine producing only 88hp. Since 2008, Mercedes has undergone several modification, some of them compulsory to meet regulations and some of them to improve its ability to compete. Complete preparation, which asked for many hours spent in the garage, was done by Agustín himself or with the help of his friends. But if you expect a carbon fibre body or alluminium lightweight accelerator pedal you are completely wrong then. Everything what can be „homemade“ or just modified at home is simply made in the garage. Last year it was converted to cabrio version for lightweight reason but of course, 6 point roll cage was installed for the safety. Speaking about the safety, there are two emergency cuts, one in the interior and one installed in the exterior. Four point seatbelts work fine with seats from Fiat Punto Sport. There is no front bumper and the rear one was modified. Oil pan cover was reinforced to ensure it can withstand harder shocks. Rear brakes were made independent and transfer case was modified as well. Now you can choose where you want the torque to be sent. No modern torque vectoring was necessary. Suspension systems consists of KONI (front) and OME (rear) shock absorbers in combination with 4 cm longer springs (soft setting). Due to big wheel movements, new US production chrome CV joints were installed. There are much more modifications, but it has to be stated that engine is 100% original, no changes.

Ros Competición is indeed a great project and VD wishes Agustín and his copilot Xavi Lasus all the best in the season 2015. 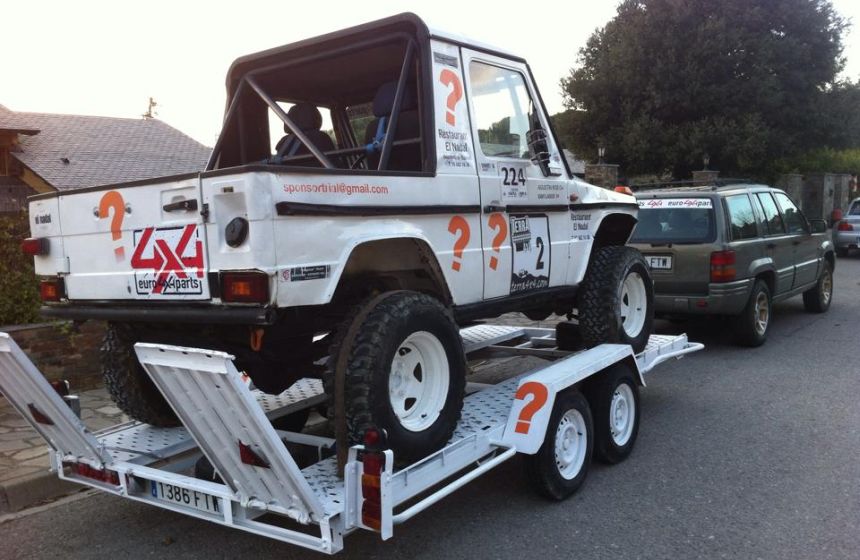 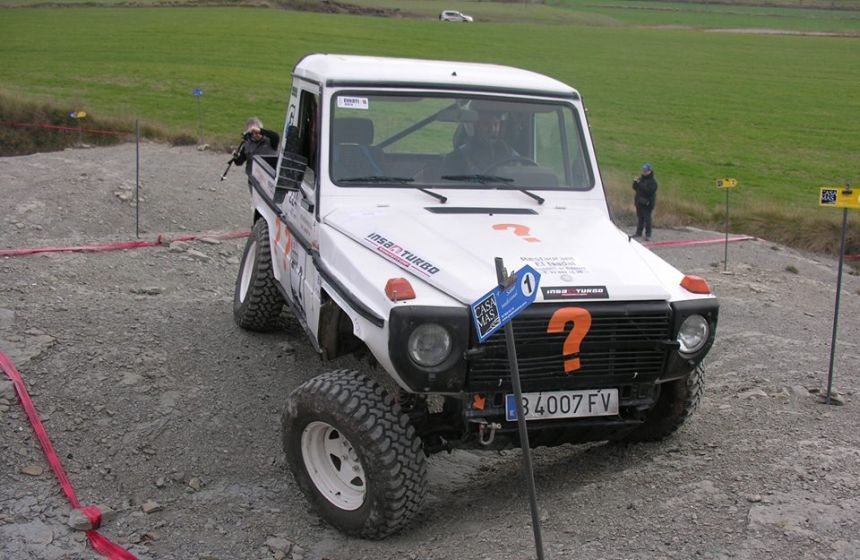 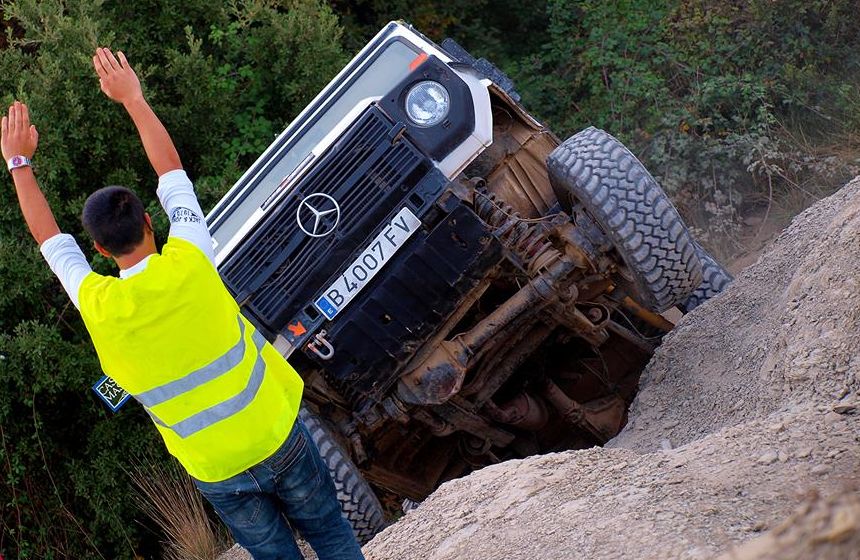 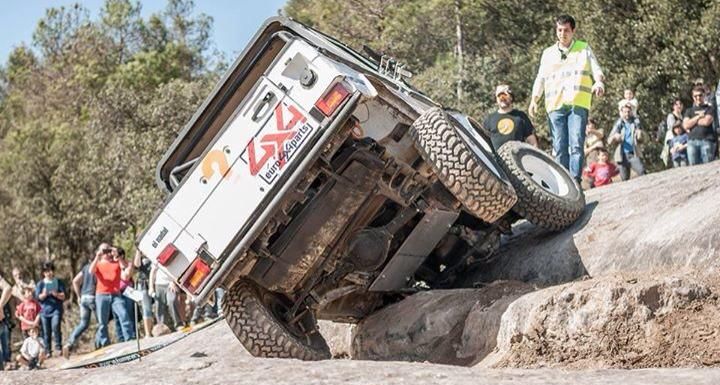